Personal aviation is soon to become a thing - at least for the well-heeled technocrat. In a few years, it may even be possible to commute in a flying "car" (assuming we must still go to the office!). To be fair, civilian electric vertical takeoff and landing (eVTOL) aircrafts are likely to have applications beyond personal sightseeing. Designed for urban air mobility, these eVTOL aircrafts can be used for air taxi, delivery, and recreation. There are also less frivolous uses, such as medical assistance, search and rescue, cargo, oil, farming, and military.

The eVTOL industry has seen heavy investments by Toyota, Uber, Baillie Gifford (the second largest investor in Tesla), and multiple startups. Major suppliers, such as BAE systems and Honeywell, are also anticipating commercial flights by 2025. The development of components and systems for the diverse and impending ecosystems of advanced air mobility is well underway.

Clearly there are safety concerns that need to be addressed as these types of aircraft are generally flown at lower altitudes. While this may sound safer than higher altitudes, it is still dangerous as there is much less time to deploy a parachute or other safety device. As such, there is a ton of development work going into flight control systems, flight testing, ballistic parachutes, air-bag deployment, and failure mode analysis. 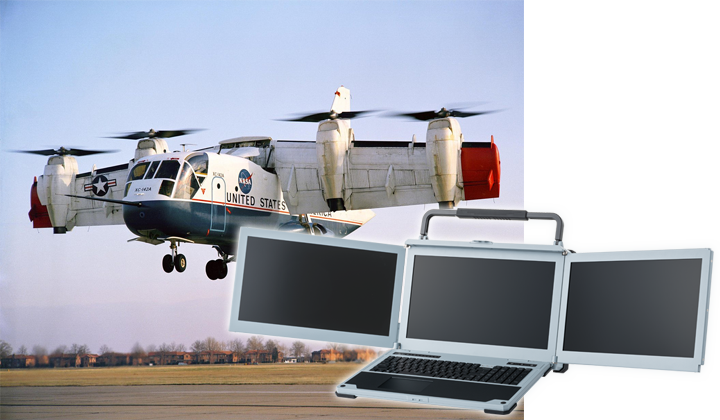 Our customer needs a portable solution that can be powered from a vehicle battery and have display capabilities for video and telemetry feeds. This unit will use modern telemetry technology to record sensor data in field comprehensive test campaigns.

The customer was originally drawn to the MegaPAC L2 or L3, but after a consultation realized that the NotePAC III Pro V was the better choice. The four removable drive bays allow for up to 30TB of removable storage for all telemetry data from test flights, and the compact dimensions make setup in the field for data acquisition much more straightforward. Die-cast metal construction means the NotePAC III Pro V is robust enough to survive field survey work. Triple displays in a portable computer maximize screen space for video and telemetry graphics, along with a control interface. 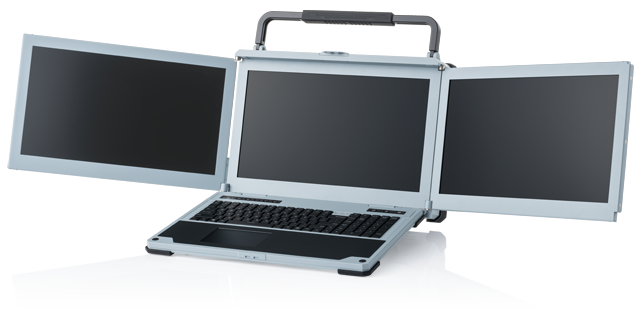 * Due to NDA and confidentiality issues, we cannot mention company names or the specific projects.